You are here: Home / In the News / Jerusalem Post: LA Jews meet resistance to eruv wall

Orthodox Jews who want to use a strand of fishing line several miles (kilometers) long to create a symbolic religious enclosure are getting entangled in a dispute with beachfront residents and California environmentalists, who fear the string will snag birds and spoil the ocean view.

The 70 or so families who attend a synagogue on Venice Beach’s boardwalk are asking coastal regulators for permission to string the line above one of Southern California’s most popular stretches of sand. Within that enclosure, the Orthodox would be free to do things they are forbidden to do outside the home on the Sabbath,
such as pushing strollers and carrying bundles. The problem: California law calls for the protection of public views along the coast and the habitats of nesting shore birds.

Some fear that endangered California least terns that nest nearby will fly into the fishing line and get killed. Others say that the galvanized steel poles that will be erected to hold up the fishing line along the beach will be an eyesore.

Orthodox Jews cannot do work or certain physical tasks outside the home on their day of rest and prayer, which begins at sundown Friday and ends at nightfall Saturday.

“It’s a major social inconvenience,” said Lea Geller, who dreads spending Saturdays indoors with her newborn while her family walks to prayer at the Pacific Jewish Center.

The way around these restrictions for some Orthodox Jews is an eruv – a Hebrew word for the symbolic extension of an area considered private into the public domain. An eruv is often created by stringing a line between man-made and natural landmarks to create an unbroken enclosure.

Efforts to enclose much of Santa Monica, Venice and Marina del Rey began in 2002. The final step would be linking about four miles (6.4 kilometers) of beachfront and an inland area to the current eight-mile (13-kilometer) patchwork of chain-link fences or walls along freeways and other major roads.

Completing the eruv along the coast would entail stringing 200-pound (90-kilogram) test fishing line between lampposts. It would also involve erecting 20-foot (6-meter) metal poles that would extend above 19 welcome-to-the-beach signs.

The California Coastal Commission is expected to decide on the $20,000 (€16,000) proposal next month. The synagogue would bear the coast.

Controversy often follows eruvs, more than 100 of which wind through major cities including Los Angeles and New York. Last month, San Diego officials approved an eruv despite concerns that public property should not be used for religious purposes. In 2003, the Supreme Court declined to hear a case in which a federal appeals court ruled that removing eruv markers in a New Jersey
neighborhood probably violated the right to exercise religious beliefs.

In cities and suburbs, the fishing line is typically strung between telephone poles and is all but invisible. An eruv on the beach presents certain complications.

“This is really nuts,” Mark Massara, director of the Sierra Club’s California Coastal Program, said of the eruv proposal. “To the extent that we’re allowing public property to be used for religious purposes is very troublesome.”

“We don’t want to kill birds or anything like that,” the man overseeing the eruv project, Howard Shapiro, said. The Jewish group says it needs the eruv to keep young families in the area, which in the 1940s hosted a thriving Orthodox community. Some families have left because there is no enclosure, said Rabbi Ben Geiger.

“We have a family with a child in a wheelchair and it’s not just getting to synagogue for her, it’s getting outdoors,” he said. “It is a terrible thing for an 8-year-old.”

The Coastal Commission staff, which has been working with the Orthodox group to try to resolve the environmental concerns, may recommend approving the eruv for a three-year trial, said Peter Douglas, executive director.

“We try and accommodate religious practices any way we can,” he said. “It’s just that we have a balancing act to do, taking into account other public interests including wildlife impacts.” 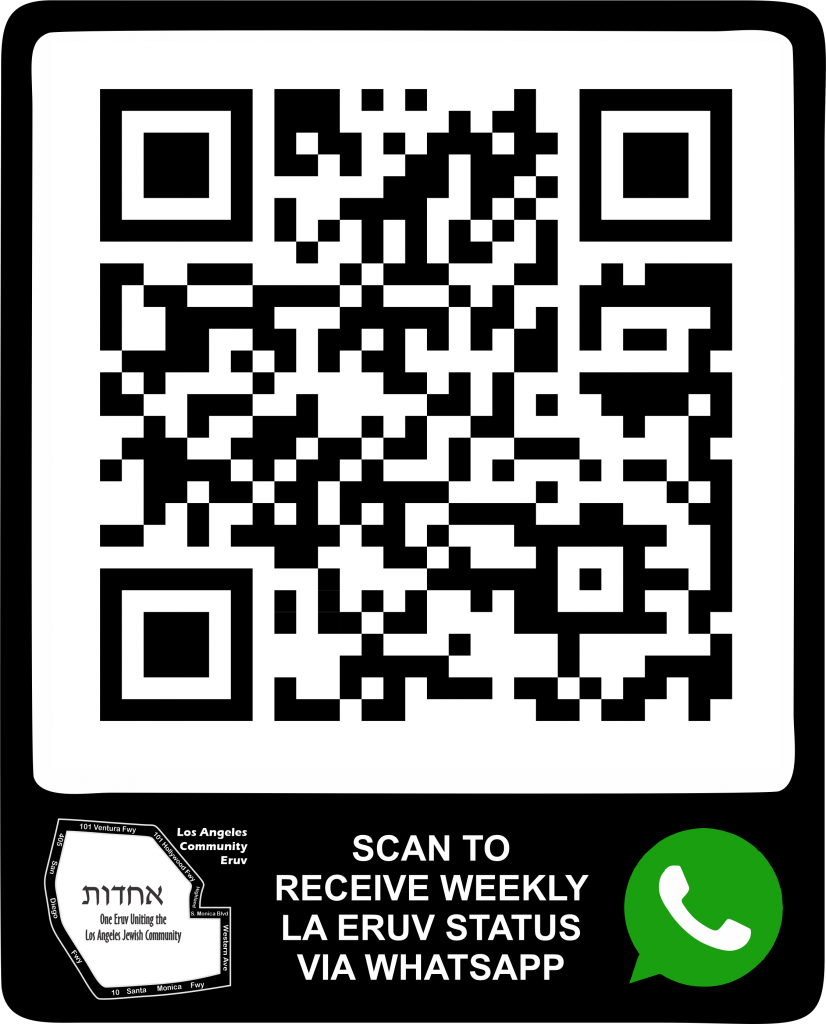